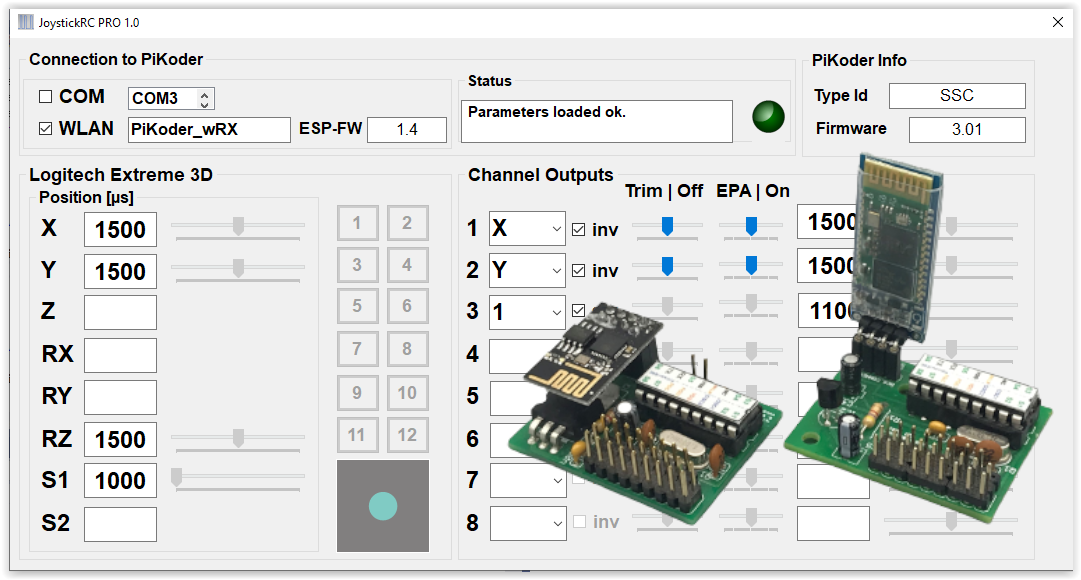 In the previous article we already presented the possibility to control up to eight servos via a USB interface using a joystick or gamepad, a PC and a PiKoder/SSC. Here is now described how a wireless model remote control can be realized with a PiKoder – receiver, the PiKoder/SSC RX. Bluetooth for command transmission. 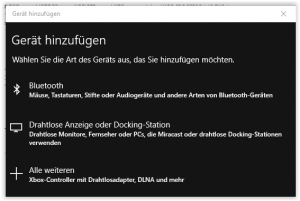 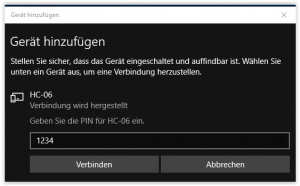 With the selection “Connect” the coupling (pairing) takes place on system level. 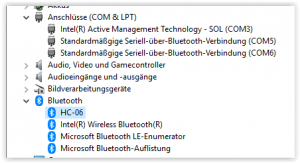 This completes the setup and the JoystickRC program can now be started as described in the previous post.